How to spend a rainy day in Riga 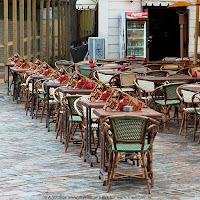 If you have arrived in Riga and it’s raining, don’t lose heart.

You’re not the first, and you won’t be the last. We’ve come up with several
great ways to enjoy yourself -- even if you won’t be going for a boat-ride.

The Central Market is one of the emblems of Riga. It was launched in 1930 just outside Old Town and utilizes five large zeppelin hangars dating from WWI. Many locals prefer the Central Market to the brand-name supermarkets, and right they are. Here you can not only find fresh local goods for affordable prices but alsosee for yourself that people still talk to each other, bargain, shout, laugh, and generally live (and sometimes cheat).All very necessary in the North. 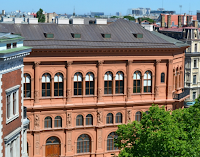 Art Museum Riga Bourse embodies all the best traditions of a museum. Solemn yet friendly, it welcomes you to the world of art. Located in the spectacular building of the former House of Stock Exchange, Art Museum Riga Boursehas a large collection ofWest European paintings, art from the Far East and Middle East, and a frequently changing exhibition. Even if you are not an art lover, you will appreciate this museum for its diverse collections, beautifully restored interiors and cultural atmosphere. 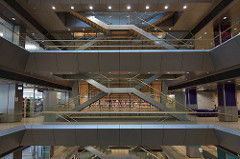 The glassmountain on the other side of Daugava River is the National Library, which opened in 2014. It is one of the most polemic buildings of past decadesdue to the lengthy construction process and exorbitantcosts. The first project was designed in 1993, but workonly started in 2008.Costssoared to some 268 million euros. Nevertheless, it is the home of the most valuable book collection we have, available in the many reading-rooms that offer a wonderful view of the Old Riga. You can also access their movie collection in the audiovisual reading room, visit one of the exhibitions, or see the collection of the Latvian folk songs “Dainuskapis”. 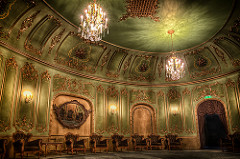 Splendid Palace is the most beautiful cinema of Riga – open since 1923. Today it offers an excellent choice of movies, both commercial and un-commercial, and houses many film festivals. Try to see a movie in the large hallthat has preserved its original interiors – a pure delight for culture-lovers. Don’t delay, as you mightwant to enjoy this spectacular place. 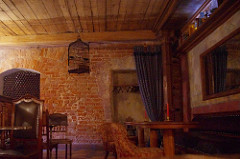 Riga Black Balsam is one of the best elixirsfor surviving the Latvian winter. The drink has passed the test of time, having been imbibed since the middle of the 18th century. Legendhasit that Russian Empress Catherine the Great became ill during her visit to Riga but was cured by the herby balsam. Most cafes and restaurants have it on offer (Riga Black Magic Bar are particularly good in serving this drink). However, don’t overdo it, as the balsam has been known to cause quite a few serious headaches. 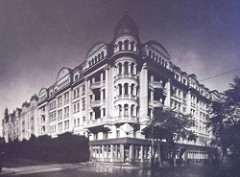 The former KGB headquarters has been opened to the public since 2014, offering an exposition that tells the story of people who were once imprisoned there, the repressions of the Soviet regime, and the history of the building itself. The exposition is open every day, but if you want to see the cells and investigators’ offices, join the guided tour.The tickets are available online: http://www.bilesuserviss.lv/eng/venues-and-promoters/places/stura-maja-brivibas-iela-61-3667/ 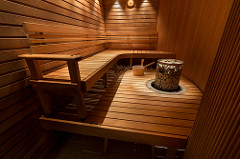 You can’t overestimate the Latvian sauna tradition:travel to the Ethnographic Museum or any country home and you will find that the sauna (“pirts” in Latvian) is an essential part of a Latvian household. BaltāPirts is by no means a mainstream attraction. It’s a real sauna, highly appreciated by locals, much more affordable than the SPAs of our city. Everything that you might need is available on the spot. If you don’t have your swimsuit with you (which is quite possible taking into account that it’s November), don’t worry – there are separate areas for men and women, so a towel is all you need.